Josh Donaldson had 2 base hits as the Cedar River Fighting Carp beat the Killer Rabbits of Caerbannog by a score of 4 to 1.

Cedar River took the lead for keeps in the bottom of the 2nd inning scoring 2 runs on 2 hits. Donaldson led off and started the attack as he banged out a single. Adrian Gonzalez followed and he blasted a two-run home run (his 6th of the season). That early run support was enough for Travis Wood(5-6) and Cedar River. After the 4th inning, neither team was able to score.

Wood was helped out by Koji Uehara who recorded his 13th save. Brett Oberholtzer(2-5) was given the loss. He surrendered 6 hits and 2 walks in 4 and 1/3 innings. 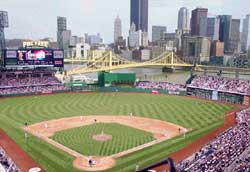