Third baseman Matt Williams homered and had 2 RBI as the Hell's Kitchen Punishers beat the San Isidro Gas Boys by a score of 5 to 3.

San Isidro was unable to claim the lead after Hell's Kitchen went ahead in the 4th inning as they scored 2 runs on 1 base hits. Hell's Kitchen had a total of 8 hits for the game. 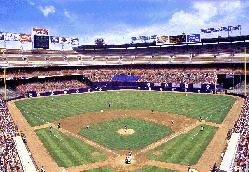