Luis Tiant allowed Jack to rest his bullpen, tossing a complete game and second baseman Bobby Richardson had 2 base hits as the Asbury Park Artists defeated the Flatbed Ford Girls in 10 innings by the score of 4 to 3 at West Side Park '11.

The game was deadlocked at 3 after nine full innings. Asbury Park won it in the 10th inning. After an out was recorded, Richardson tripled. Don Sutton then fired a sharp breaking ball that appeared to cross-up the catcher. In any event, it got by him and was ruled a passed ball resulting in an exciting win for Asbury Park and a raucous post-game celebration by the home town fans. Asbury Park managed 7 hits in their victory. 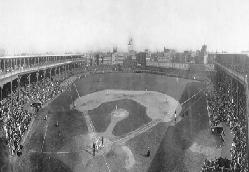