Robinson Cano touched them all and had 2 RBI as the Jackson Five rallied impressively to win in dramatic style over Sussex Shorebirds, 4 to 3.

Jackson won the game with a rally in the bottom of the 9th inning scoring 2 runs on 2 hits. Jose Abreu got things going when he doubled. A balk was called. One out later, Edwin Rios followed, but he was set down on strikes. Randal Grichuk came up and he cleared the fences for a two-run home run (his 2nd of the season) giving Jackson the victory and sending the 26,028 home-town fans home happy. Jackson finished with 7 hits in the victory.

Richard Bleier(1-0) allowed no runs in 1/3 of an inning, and picked up the victory. Raisel Iglesias(2-1) was tagged with the loss in relief. Jermaine was ebullient after the game, 'It's great to win a hard fought game like that. Our guys just weren't going to be denied. And did you see the fans - they were going wild! Yes sir, a very enjoyable win this afternoon!' 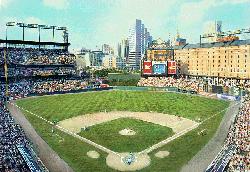